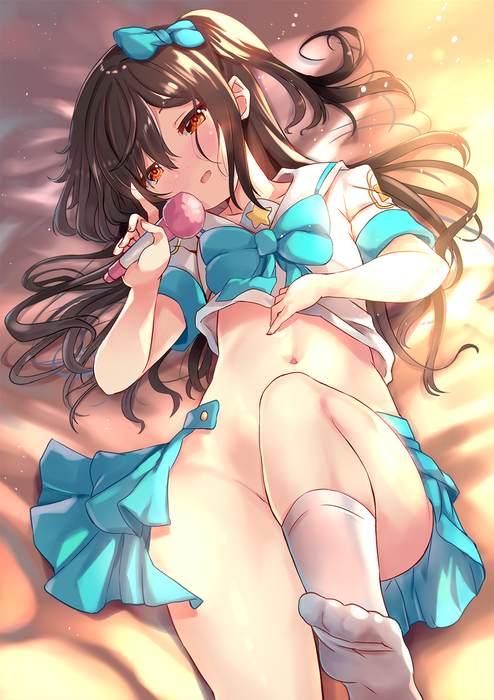 Tenka has been my waifu ever since the Shoujo Ramune VN came out in 2015 and I’ve commissioned a ton of art of her so there’s no way I could pass up the opportunity to have one of my favourite artists draw my favourite character.

For her outfit I think that the idol outfit that she wears in the OVA (first two images in the album to follow) would look nice it has some bows and frills to play with as well as giving the chance to show off her tummy a bit. I uploaded a bunch of reference images for the character here: https://imgur.com/a/cxXQjkb.

I don’t really have anything specific in mind for the background, any sort of cozy-looking bed would be fine with me so you can add whatever you think looks good.